This is N5 level in JLPT. JLPT is

(JLPT is short for Japanese Language Proficiency Test, and recognized passport to show your Japanese language ability. You may take test in July and December.)

Particle もう(mou) and まだ〜ない(mada〜nai) are often used in conversation and sentences in many kinds of documents.

もう(mou) is equivalent of “already” in English, meaning finishing action etc you have done.

On the other hand, まだ〜ない(mada〜nai) is equivalent of “not〜yet” in English, meaning the action is not finished yet.

Main usage is “already” in English, meaning finishing action you have done.

⇒In this sentence, I want to say “I already finished eating”. This is affirmative sentence.

You have done your action (eating something).

You are already full enough! 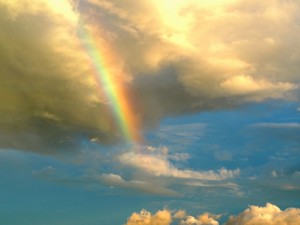 ⇒In this sentence, I want to say “raining has already stopped”. This is affirmative sentence.

Maybe rainbow has come after rain!

“まだ〜ない(mada〜nai)” is “not〜yet” in English, meaning the action is not finished yet.

(I have not finished eating yet.) 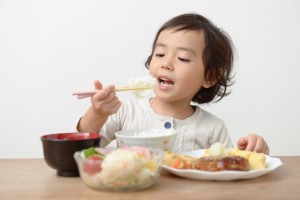 ⇒In this sentence, which is often seen on detergent package, you must not mix other detergent or something together. If you do that, chemical reaction causes toxic gas and harm you!

(It does not stop raining.) 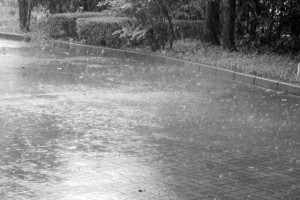 ⇒In this sentence, I want to say “raining does not stop yet”. This is negative sentence.

⇒In this sentence, I want to say “It still keeps raining, not finished yet”. This is affirmative sentence.

This is more information about grammar for N5 level.

50 ponts to be mastered in grammar for N5 in JLPT