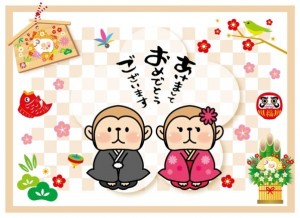 Most Japanese have long holidays from end of December to January 3rd. Instead, we Japan do not have Christmas holiday like other countries. This holiday is special for Japanese and we have lots of customs and foods to spend time. I wanna introduce these interesting customs to you.

This day is the last day and most Japanese are on their New Year’s holiday by this day. We usually go back to hometown and try to finish house cleaning, shopping and making foods for New Year’s Day.

Some Japanese watch TV program, 紅白歌合戦(こうはくうたがっせん kouhaku utagassen) with family from 7PM on NHK TV. This is an annual music show and a long-running program. And this is singing contest between male team (white team) and female team (red team). Only popular artists who had hit songs during the year are selected for this contest. We Japanese watch this program and this reminds us of what was happened and what was popular in that year and prepare for welcoming New Year’s coming.

After this program, it will become midnight. We listen to bell sound from temples starting from midnight. This is 除夜の鐘(じょやのかね jyoyanokane), bells which ring the old year out at Buddhist temples in all over Japan.

Talking about food, on this day, we eat soba noodles. Soba noodle is long, right? We eat soba wishing for health and long life in the year to come. 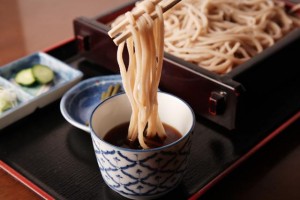 Most Japanese take rest during the first three days of the New Year and many companies and schools are closed for this season. There are some traditional event and stuffs on New Year holidays. 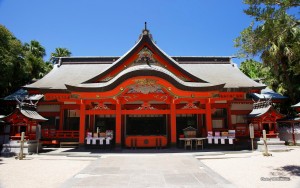 Most Japanese visit Shinto shrine during the first three days of the year to wish for health and happiness. Hatsumoude means first visit to a shrine. Some big shrines gather millions of guest. When we make wish in the shrine, we throw and give some money to the box. It is called osaisen（おさいせん、お賽銭）. You can choose the amount of money you throw. If you make lots of wishes to God, you should give lots of money haha. 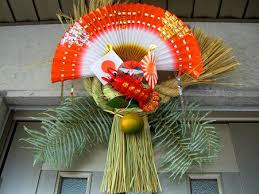 Have you seen this? This looks like Christmas wreath.

We Japanese decorate the entrance of our home with this Shimekazari during the New Year’s season to protect from the evil. This is made of shimenawa, sacred rope of rice straw.

Post about “How we spend on Christmas day” is here 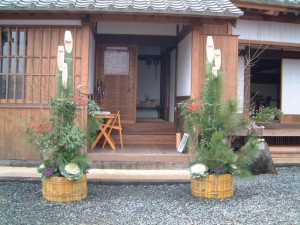 You can say this is equivalent to Christmas tree.

Kadomatsu are a pair of pine decorations placed in front of the gates of a residence from January 1st to 7th. Kadomatsu consists of three bamboo poles of different lengths which are cut diagonally. Pine tree branches and sprays of plum trees are tied to the bamboo poles with rope. Pine, bamboo and plum are considered good fortune stuffs; especially pine is considered a symbol of long life. 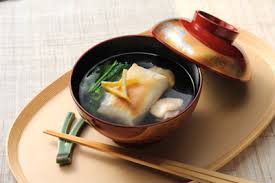 One of traditional food for New Year is ozouni, soup containing mochi (sticky rice ball), vegetable and other ingredients such as chicken or seafood. A wide variety of ingredients used for ozoouni are specialty food to the region where it’s made. In my home in Kyusyu, we use mochi, chicken, kamaboko (boiled fish paste), radish and carrot with fish broth. 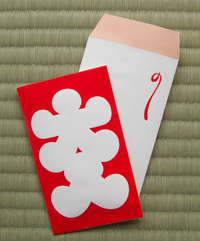 One of interesting customs is otoshidama. Adults are supposed to give money to their kids and grandchildren including relative’s kids. The money is handed in decorated and small envelop called otoshidama bukuro(おとしだまぶくろ、お年玉袋). I heard there is same customs in China during Chinese New Year.

Otoshidama was originally concerned with a religious ceremony, but this has gradually changed into the customs of giving money as a gift. The average amount given usually depends on children’s age. As a whole, there’s no set standard, but in common amount to kindergarten children may receive 500-1,000 Japanese yen, and elementary school children 2,000-3,000 Japanese yen. Children closer to the givers and students in higher grades generally receive much more money.

So if you are already an adult but no kids and have many relative’s kids, you have to give much money and no receipt to your family…

How was this post about Japanese tradition and customs during New Year holiday?