Last weekend I went to Jakarta in Indonesia to see Ennichisai.

I saw many people and enthusiastic Japanese drums show.

I heard this year is 10th anniversary and more than 350,000 guests are expected to come.

I tweeted about this show with movie.

After seeing Ennichisai, I came up with idea that I introduce summer festival in Japan to non-Japanese.

Because they are so nice too and you will like it for sure!

Now is June and summer season will start soon from July in Japan.

There are many summer festivals in Japan, especially from July to August.

I selected 4 festivals that you should see with your eyes and feel enthusiastic shows there.

You may find 4 festivals venues and schedules in this map. 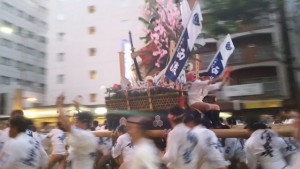 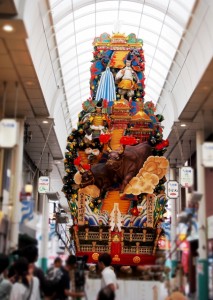 A ritual of dedication to old shrine has long history, for about 770 years.

On final date, July 15th, male carriers drag and pushes their Yamakasa float () each other and loops on streets. Big Yamakasa float weighs about 1 ton! You may see very brave and vigorous scene. 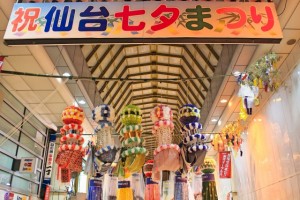 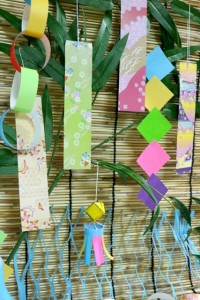 The streets are full of Tanabata decorations!

There are many Tanabata matsuri in Japan but this is one of biggest Tanabata festival in Japan.

Tanabata came from old Chinese story that prince and princess are allowed to meet once in one year in Milky way. To celebrate this limited meet, we can make one wishes on colorful paper called tanzaku and attach it on bamboo trees. You may find many beautiful Tanabata decorations on streets and children’s cute wishes. 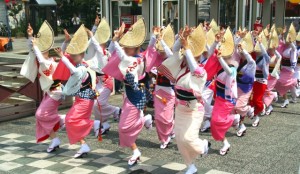 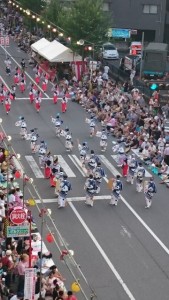 This traditional dance festival has more than 400 years history.

Many dancers in beautiful, kimono, Japanese traditional clothes dances in lines on street.

They slowly go forward with dancing. It looks so nice and you may feel like dancing together with them! 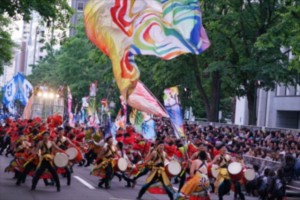 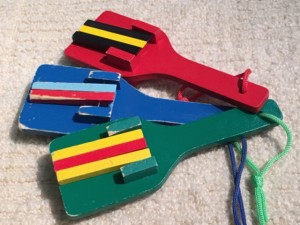 This is also kind of dancing festival but more acrobatic than り. Also, dancers use Naruko, wooden castanets in hands. About 200 teams, 18,000 dancers in total join this festival and dance on streets. You may join the lines together!

Why many summer Festivals

We have lots of small and big summer festivals in Japan.

I think some reasons why there are many festivals in summer in Japan.

If you are interested in festival in Japan, I strongly recommend coming and seeing festival live.

Then you will love it and want to come and join festival again!