I believe particle is very difficult for Japanese language learner since there are many kinds of particle and many usages for each particle. Also, we have few good Japanese textbook which explains particles in easy and practical ways. Here, I will try to pick up useful particles and explain their usages with examples.

In this post, let’s study basic concept and kinds of particles.

These are called particles. Particles play the roles of markers in Japanese sentences and are used together with noun or verb or adjective. Particles are never used alone.

For example,  particle following noun shows how the noun is related to the predicate of the sentence. 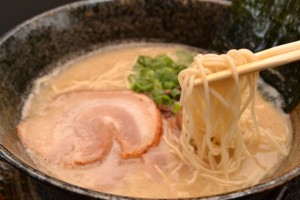 In English: I eat ramen.

“は(wa)” is used with 私(watashi, it means “I” in English) and shows 私 is subject in this sentence.

There are many kinds of particles in Japanese and you may feel it’s confusing at first.

However, once you master meaning and usage, it will be useful to understand meaning of sentences.

Please click link for more detail on each particle.

(A: Important, B: Not so important but useful if you know)

※1 “は” is pronounced as “wa” or “ha” depending on sentence. As a particle, we always pronounce “wa” in sentence.

※2 “へ” is pronounced as “he” or “e” depending on sentence. As a particle, we always pronounce “e” in sentence.